Operating as part of the Italian Laminazione Sottile Group - one of the leading global suppliers of aluminium products - i2r is one of only 220 UK organisations to win a prestigious Queen’s Award for Enterprise. Announced today (Tuesday 21 April), i2r has been recognised for its excellence in international trade, which has seen the firm return outstanding year on year growth in the last three years.

Established as an environmentally responsible packaging company in 2007, i2r is currently in the third year of a 2018-2022 strategic plan. The firm’s key goals, objectives and vision include delivering new ‘eye-opening’ product ranges, diversifying into new geographical regions and market sectors, championing engineering innovation and to be the lowest cost manufacturer in its sector - all strategies designed to fulfil ambitious financial targets.

The company’s international focus for ongoing further growth is concentrated on countries where there is a desire for high-quality convenience foods, together with demographic similarities in terms of shopping and eating habits, population density and levels of income when compared to the UK market.

Commenting on their achievement, i2r’s commercial director, Jon West, said: “We are thrilled and privileged to have been recognised for international trade with a Queen’s Award. The achievement is testament to the collective and sustained effort from everyone here at i2r who has helped ensure that the business continues to be the unrivalled success story that it is today.”

Now in its 54th year, the Queen’s Awards for Enterprise are the most prestigious business awards in the country, with winning businesses able to use the esteemed Queen’s Awards emblem for the next five years.

i2r Packaging Solutions will celebrate its award during a royal reception for Queen’s Awards winners in the summer. 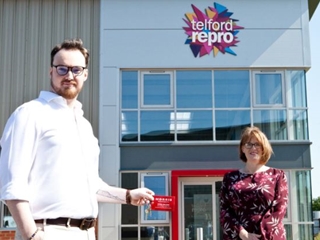 A new £4.5m industrial park is being built at Hadley Park East as part of Telford’s unique Land Deal.

Telford and Wrekin’s central location and ready for market land is resulting in successful investment from overseas – making the borough economically resilient. 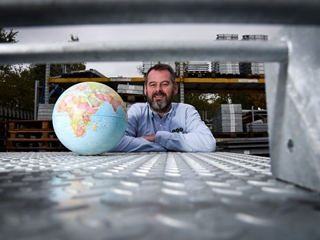 Back to business with record sales fo...

A manufacturer has returned to full operational capacity after securing a record £500,000 of sales in just seven days.