Northwood has acquired the trade and assets of the whole Sidcot Group, comprising of the recycled tissue mill at Chesterfield and the converting operations of Matryx, Techcel and Negociar. The move brings additional valued recycled tissue production and converting capacity to the Northwood production platform

This brings additional recycled paper production and further increases the security supply for the converting papers needed by the Northwood companies, as well as giving the wider Northwood Group fresh access to the markets in Spain and mainland Europe.

Speaking of its acquisition of the Sidcot Group, Paul Fecher, Northwood chairman, said: “Northwood was identified as the most suitable company able to acquire the activities and with the resources needed to conclude the purchase of all the trade and assets of the Sidcot Group in a short time-frame. We look forward to being able to offer our new colleagues in Oldham and Chesterfield a bright and secure future as we further develop our vision of making Northwood the supplier of choice to the paper hygiene sector.”

All personnel based in Oldham will transfer over to the Northwood Hygiene Group and the Chesterfield personnel and business will start operating as Northwood Tissue (Chesterfield) Ltd. All day-to-day contacts will remain unchanged.

Northwood moved in 2016 from its former premises on Telford's Stafford Park – which it had moved into as part of its takeover of Peter Grant Papers in 2012 – into a huge plant with more than 200,000 sq ft of space on the same industrial estate.

It also invested in two new Gambini machines which automated a huge part of the operation, and massively increased the speed and scale of the company's output.

The firm was named Manufacturer of the Year at this year's Shropshire Chamber Business Awards.

One of the UK’s fastest growing digital manufacturers has begun work on a £10.5 million investment that will increase its 3D printing capability by 50 per cent to meet...

Life Group has opened the doors at its Old Harlow office where staff will be looking after their clients in the south of the country. The move is seen as a major expan... 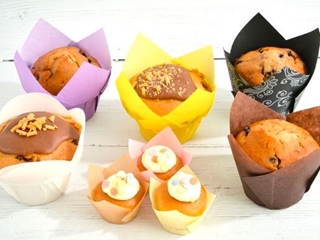