Pioneering battery and energy storage specialist AceOn has made the final shortlist for a prestigious innovation award after securing support from a national public vote.

The firm received significant backing in a two-week public vote which decided the final five finalists for the Manufacturing Innovator of the Year award in the 2021 Innovation Awards.
The finalists will now make their presentations to judges before the winner is announced at an awards ceremony at Millennium Point in Birmingham on July 1.
AceOn Group managing director Mark Thompson said he was delighted to have made the final.
“We were one of ten companies in the running with the finalists being judged on a public vote over the last two weeks.
“We have been overwhelmed with the support we have received and would like to thank everybody who has taken the time to vote for us. We were up against some really high-calibre opposition and to have made it through to the final stage is a real achievement.”
The awards, supported by Aston, Coventry, Wolverhampton and Birmingham City Universities, celebrate the innovation shown by companies and individuals over the past twelve months.
Among AceOn’s innovations are its Renewergy Virtual Power Plant — which captures renewable energy, stores it for use when it is needed and helps cut fuel bills and lift householders out of fuel poverty — and work to bring old electric bus batteries back into use in the first scheme of its kind in the country.
“We have a proud track record of delivering solutions to some of the urgent problems around Climate Change and are really excited about having the opportunity to showcase these to both the judges and a wider audience,” said Mark.
The Innovation Awards are co-ordinated by The Technology Supply Chain, a no-cost membership for manufacturing, engineering, tech and services companies. It asked its 850 members to nominate companies and individuals for the awards.
AceOn has a national reputation as a battery specialist, with over 30 years’ experience in the design and manufacture of custom-built battery packs and the distribution of industrial and consumer batteries to the worldwide market.
Its energy division provides a training, service and distribution centre to offer a full turnkey solution for residential and commercial battery energy storage systems.
For more information about the AceOn Group visit https://www.aceongroup.com/.
Source: Shropshire Star 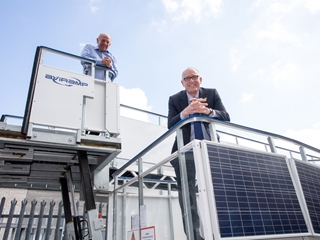 Aviramp, a Telford-based manufacturer is continuing to ‘ramp up’ success with a range of aircraft passenger boarding ramps and exports worldwide to the USA, South Amer... 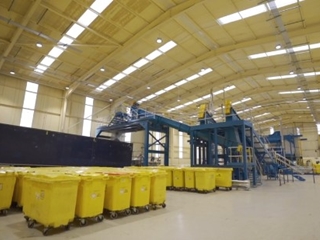 We are pleased to announce the opening of Stericycle’s new plant in Telford, Shropshire. The site is staffed by over 60 people and will increase the speed, efficien... 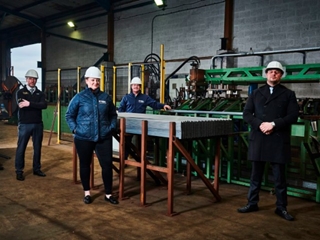 An exciting tie-up between two businesses in the Black Country and Telford is delivering a ‘galvanizing’ world first.